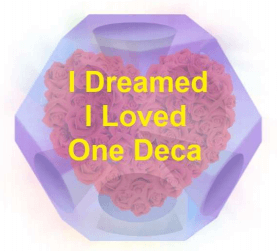 She was lavishly divine colored in the darkness of the room,
but she wouldn’t do it,
didn’t want to, or didn’t dare,
devil may know!
Its Spring, the joyful spring in windows,
her eyes like a bird, hips like a doe,
she had a mole, a mol she had,
I don’t dare to say,
she had a mole, a little purple one,
or it’s my imagination.
She asked me if I’m American, if I have a
Girlfriend,
if I Love Picasso, she asked me all kind of things.
And on the windows panes, like Christmas bells of my childhood,
rang the drops of rain.
And the evening song drifted gently down the old town:
“I got drunk from your beauty, as if I drunk a wine”

She strew her years over the parquet floor,
her lips were full like ripest apricots,
her breast warm like puppy dogs.
I would tell her that she’s stupid, and vain,
Deca, Deca, don’t you know this is the nuclear age,
Trump, Putin and other nonsense,
all kinds of things I told her,
she cried, and cried.

I took her around cafes and taverns,
everywhere I took her,
hid her away in caves, to old grain sheds I carried her,
under the bridges we played, Earth the mare,
under the old bridge I recited poems for her,
so beautiful, she whispered, so beautiful.

I would draw her knees in the sand,
she laughed so bright, so innocent,
like first lilies.
I took her to mosques, Confucius dead, too dead
under the heavy burden of the tomb,
to the grave of Yesenin she took flowers,
she cried a little, as women always do,
everywhere I took her.

Now is a summer, I’m someone completely different.
I write poems, just for a fun,
nothing more.
Back then all night over Earth,
Some terrible winds were blowing,
she was divine colored in the dusk of the room,
but she wouldn’t do it,
didn’t want to, or was afraid,
devil may know.

Not this sky, not those clouds, not those roofs,
pale sun – like a starving boy over Earth.
I can’t forget,
her hair, her tiny tongue like a strawberry,
her laugh that could hurt like a curse;
that prayer in a chapel,
God is great, she said, he’ll outlast us;
nor those heavy, terrible winds,
oh, spring fruitful, her spring…
She spoke about the movies, about Travolta,
all kinds of things she spoke,
a bit sad, a bit weepy about Karenina,
she would say, Tom Hiddleston wouldn’t hurt an ant.
I laughed, – he’s a murderer, you child;
neither those streets, those shopkeepers with the last
issue of “Earth’s News”, nor those half withered grapes
in the showcases I can’t forget,
that windy spring over
Earth,
those winds,
she kissed me all through the night, she hugged me
and nothing more, I swear on my mother,
we did nothing more.

Later there were summers, then again winds,
one little tiny letter from London,
how did she end up there.
Those leaves on the sidewalks, those days,
I no longer can, I no longer know how,
to erase.

She writes to me, says what I’m doing, how do I live,
do I have a girlfriend,
do I ever think about her, and that soaring,
those winds,
she is even now, she says, the same, swears to God,
completely the same.
Should I believe her, should I laugh?
Long, long time ago I’ve forsaken Christ
and for her I don’t even really care any more,
she swore, and swore,
that’s how it goes, what do I gain from lies.

I told her about Lermontov and Pushkin,
all kinds of things I told her,
she dragged around some old book by Redford,
red in the afternoon,
in her hair was entangled summer, gold of sun,
a bit of sea,
first night even her skin was a bit salty,
fish fell asleep in her blood;
we laughed at the boys that jumped
off the bridge for a pack of cigarettes,
we laughed because it wasn’t even summer and they jumped – those juveniles,
she told me: they could die, they could get pneumonia…

Then came her long silence, long, too long,
I could think of everything in peace,
clarify Adamus,
hours after hours I could comfortably watch
others,
I could throw boulders down, over cliffs,
I could go away somewhere, go far,
I could have died alone in her lap,
loneliest of all,
I could have turned into a bird, water,
a rock,
all kind of things I could have…

Her fingers she had long, fragile, pale and swift,
we played lady bug and hide and seek,
Deca, come out, there you are behind the rock,
I’m not blind,
I’m not stupid, come, give it up,
you’ll get a beating;
when she was searching – I could dive
to the bottom of the river – she would find me,
she smells me, she said, at once,
she knows me well.
I didn’t believe her,
I guess she peaked always through her fingers.
She loved chestnuts, we brought them at home,
she carried them with her to her room, strung them on a string,
she loved roses, spring roses, I brought her,
when they wither she puts them in a box.

I asked her what she thought about this world,
does she believe in communism, would she change,
about art, all kinds of things I asked her,
sometimes stupid, I know too well;
I asked her if she wants a little son,
let’s say blond,
she jumped for joy, yes, yes she does
and then, all of a sudden, she fell into sadness
still nature:
she can’t, and that’s it, look at this guy,
as if she fell from Jupiter,
and who is this, Laki, that he would be the one
and no one else,
give me a break, was he nothing less
than Brando or what.
I told her you’re dumb, you’re smart,
you’re the devil, you’re an angel,
all kind of things I told her.
She didn’t believe a thing.
You men are born liars she said,
you’re crooks,
all kind of things she said.
And kept blowing over Earth those terrible winds…