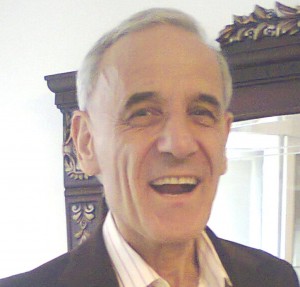 1982 – Acquired my PhD in the field of atomic and plasma physics, at the Faculty in Belgrade, under the title: “Regularities and Systematic trends of Stark Width and Shift Parameters of Spectral Lines in Plasmas”.

1985 -1987 Spent two years as fellow of the Alexander von Humboldt Foundation from Bonn (Germany) at the University Düsseldorf developing plasma UV-spectroscopy at the tokamak UNITOR and performing measurements of the plasma instabilities in the scrape-off layer at the tokamak TEXTOR in Jullich (Germany).

1987 – 1991 Worked as the guest scientist at the Max-Planck-Institute for Plasma Physics in Garching by Munich (Germany) performing measurements of the magnetic field configuration at the stellarator W7AS as well as the measurements of the limiter heat load.

1991 – 2000 Was working in the Institute of Physics in Zemun (Serbia) on investigations of the plasma force-free configurations and in 1995 I acquired the Research Professor degree.

2000 – At the end of 2000 I chose to leave the Institute of Physics and went my own way to discover and learn God Aton’s principles and laws of creation.

After 10 years of progression toward that sacred goal, I have finally succeeded and now know many of God’s creational principles and laws (unknown until now) and can apply them to simple and efficient creations which constitute the basis for a new quality of life on this planet.

I am a pioneer in creating with the New Conscious Energy and building a new civilization without electricity.

My discoveries as independent researcher in last 20 years:

I speak English, German and Russian.