The secret of life as being the sex principle which lies within the motion of light-waves: the alternating sequences of compression and expansion are the very cause of motion. It is these very generative, compressive in-breathings from the cold of space which cause the multiplication of heat in our bodies or in the body of the sun. Radiative out-breathings then divide it by expansion. To designate this effect of compression-expansion sequences by electric terminology, such as positive and negative charges, is totally unlike Nature’s processes of creation of matter.  It overlooks the fact that these action-reaction sequences are interchangings between the heat and cold of the divided spectrum of matter. Our laboratories are unaware of the fact that they are unknowingly on the way to discover the transmutation process.

If a man scrapes his feet on a rug and touches metal, he will produce a light only. Why call it electricity? If a meteorite, or a spacecraft, springs into visible light by the friction of resistance through the atmosphere, it produces light only. Why call it electricity or electromagnetism? Would it justify the light thus produced to be termed opticity?

The term “magnetism” is also unjustifiable. The word GRAVITY would be used instead, for gravity both multiplies and divides, by thrusting inward from without to compress and outward from within to expand. In this manner, gravity controls light by controlling its curvature and Mind also controls gravity by limiting both outward thrusts to the cube mirror planes of zero curvature. This is in complete opposition to the Newtonian law of gravity which claims that gravity pulls inward toward a center and that matter attracts matter. It is also in opposition to the second law of thermodynamics which claims that energy cannot run uphill but only downhill.

Deep understanding of the above truths gives me possibility to create CIH101RBI – cold to heat converter which would be able, if put above the house during cold winter days, to produce a summer space underneath – both light and heat. 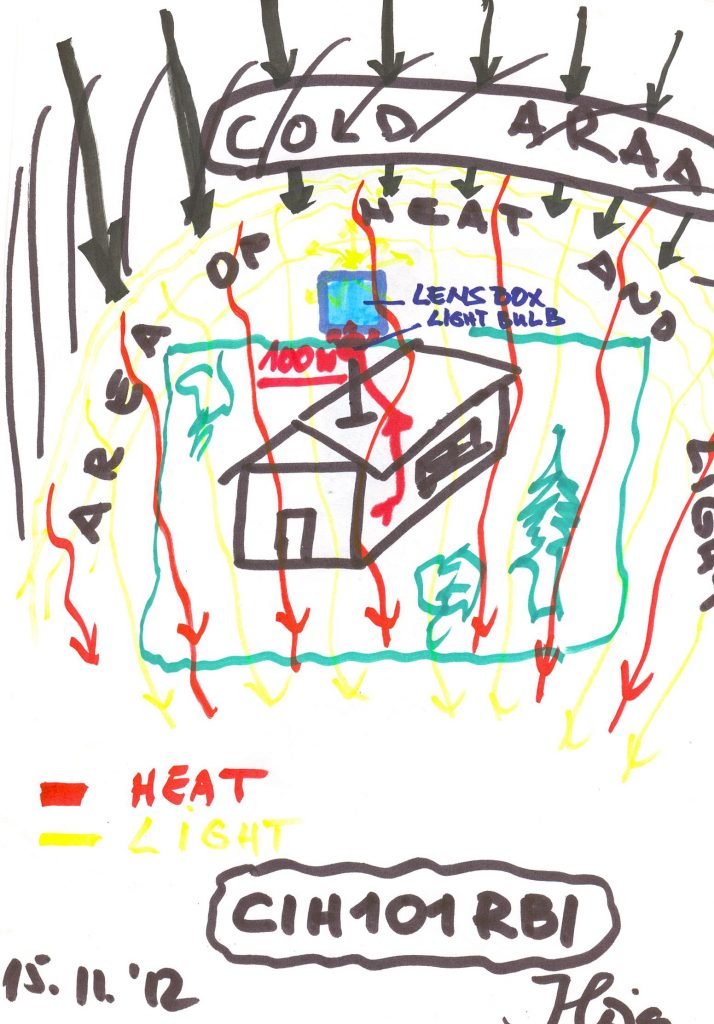